How To Draw A Rhino (Easy Step By Step Tutorial 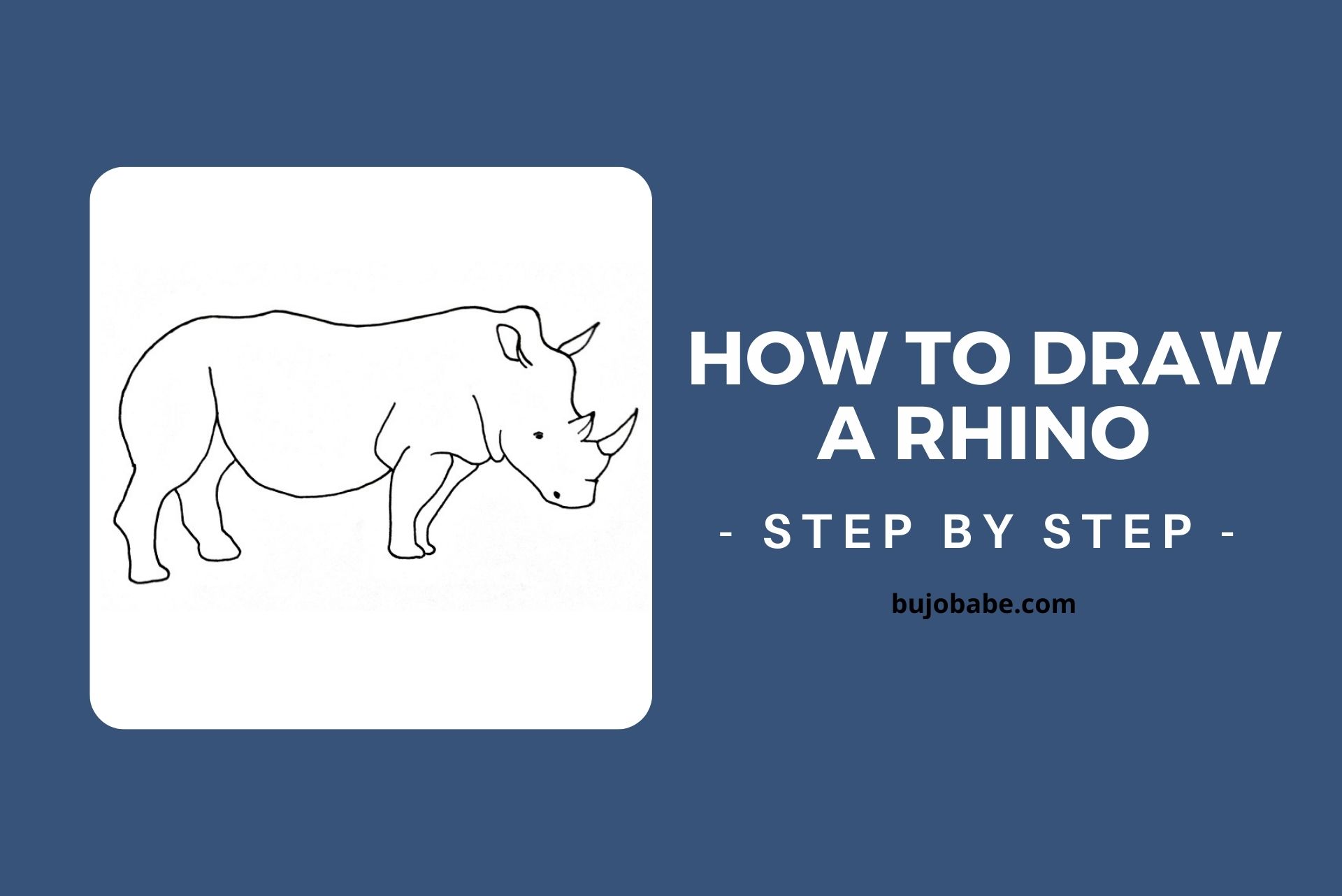 Rhinos are one of the easiest animals a beginner at drawing can do. It has a simple shape and you just need a few smaller details to create a drawing of a rhino.

This tutorial on how to draw a rhino is perfect for those who would like to draw an easy animal. It will also make you feel pleased that your drawing looks like an actual rhino.

The great thing about this tutorial is that you only need a pencil to begin.

So, grab your sketchbook, and let’s get started on drawing this rhino.

Here is the reference that we will use to draw a rhino. For this drawing, we’ll draw the head and horns first, then move onto the body of the rhino and finally the legs.

Steps For Drawing A Rhino

Then continue drawing the line down and up for the mouth of the rhino.

Head to the top of that shape again and draw the other ear of the rhino. Include a small dot for the eye and for the nose at the bottom of the rhino.

Now go back to the top of the rhino and draw an uneven horizontal line for the body.

This will be a good time to draw the legs of the rhino. Head over to the bottom of the jaw area and draw a curved line next to it. Then draw another wavy line across. Once you’re done with this draw in the legs.

Now add in the stomach by drawing a curved line as I have done here.

Continue drawing the line down at the back of the rhino to create the other two legs.

Complete drawing the first back leg and then draw the second one behind that one and connect it to the line of the stomach. Once you do this, you can then go on to coloring your drawing in or leaving it as is.

That’s all there is to drawing a rhino and as you can see, it really is easy enough for anyone to learn how to draw a rhino even if it’s your first time or not.

Did you find the tutorial easy to follow and were you pleased with how it turned out? I would love to hear your thoughts on this subject matter.

If you’re looking for other things to draw, then here are a few more tutorials that is great for just about anyone:

How To Draw A Toucan

How To Draw A Meerkat

How To Draw A Caterpillar

I’m Hana. Ever since I discovered bullet journaling, painting, and drawing my obsession runs deep. Over here at BujoBabe, we are passionate and dedicated to sharing everything we know and love about bullet journals so you too can fall in love with journaling while exploring your creative side with painting and drawing!

BujoBabe.com is a participant in the Amazon Services LLC Associates Program, an affiliate advertising program designed to provide a means for us to earn fees by linking to Amazon.com and affiliated sites at no additional cost to you.